What happens if I don't show up for court?

Something we see fairly often is people who don't show up for a court appearance!! 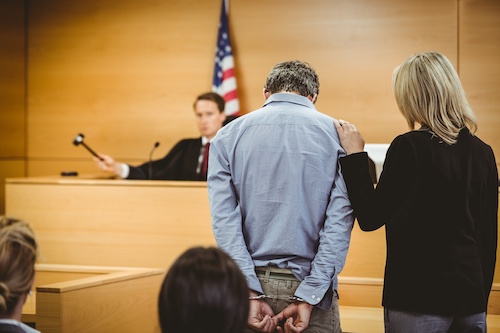 This occurs most often on the first court appearance.

Is this you? If so, you need to take action now - here's how.

You should know, that if you don't hire a lawyer fairly quickly - or if your lawyer doesn't properly notify the court - it's up to the bondsmen to notify you after charges are filed and you have a court date. Most of the time they do this, but sometimes they don't. If you've moved, the notice may have been sent to the wrong address.

Bad things start to happen to you.

When you don't appear the court will forfeit your bond, and issue an arrest warrant. That means you will be re-arrested, and you will have to bond again - usually at a much higher amount. Most times the authorities will actively try to arrest you; if they can't locate you the warrant will show up on a records check if you are stopped for any reason.

Most times the failure to appear is the result of a mistake - or sometimes stupidity. If you have an attorney, most courts will notify your attorney - who can go to the judge and try to convince them to withdraw the warrant. Often that is successful, but you better not miss another one.

No one wants to go to court and face punishment, but it's not something you can ignore. If you simply ignore the case or intentionally try to avoid going to court, your situation is going to be far worse. Not only will you add a new charge but the result on the original charge will no doubt be worse than it would have been originally.

If you, a friend or a loved one has found themselves in this unfortunate situation, the clock is ticking against you (or them). You need to talk to your attorney immediately to hopefully get you out of this mess!