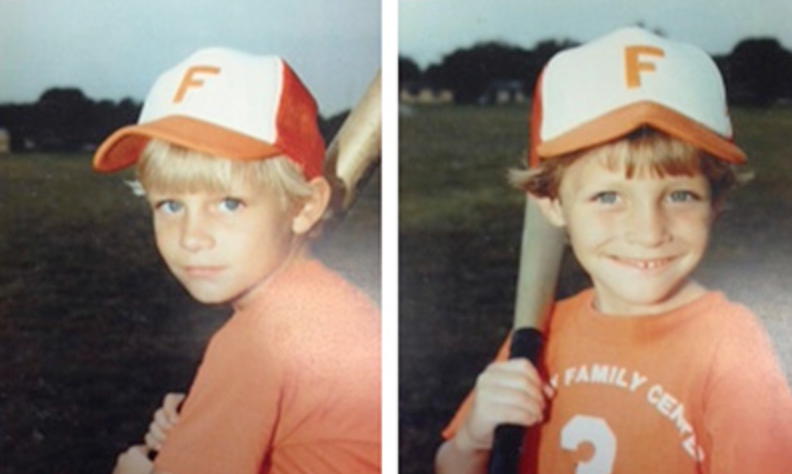 In 1986 Ed Graf was an insurance adjuster with a new wife and new family. Ed had been single until he met Claire Gerdes a couple of years earlier. She had been married before and had two boys from that marriage. As a result, Ed went from a single man to a husband and father of two children. From all appearances everything was great. The boys went to a daycare at the church where Ed had grown up, and he was actively involved in their lives. He even took the steps to formally adopt them.

In 1986 the family grew when Ed and Claire had a child together. As he was with Claire’s two boys, he was involved in the baby's care.

Claire was a teacher, and in August 1986 was getting ready to start a new school year. She stayed late on August 26, and Ed picked the baby up from a babysitter, and the boys from daycare. They went home, and the boys went outside while Ed was inside with the baby. They had not been home very long when neighbors saw smoke and alerted Ed. They soon learned a homemade shed in the back was on fire. The fire spread quickly, and much of the shed was destroyed before firefighters were able to put it out. As they were putting the fire out, Ed realized that he had not seen the boys. People started looking, and before long a firefighter made the gruesome discovery that they were in the shed, and were dead.

The investigation and trial

Everyone assumed the fire was an accident and came to offer their condolences. The fire chief was a friend of the family and decided that the shed was a reminder of what had happened, so he had it removed. That turned out to be life-changing decision since the shed was removed, all the evidence was destroyed.

Claire and her family couldn’t accept the idea that this was an accident and started putting together a case against Ed. They eventually convinced the authorities, and he was arrested and charged with capital murder.

The trial was one of the biggest events Waco had seen. Two children were dead, and the State sought the death penalty. Ed and his supporters – who were many – continued to believe in his innocence. The State ultimately convinced the jury that Ed had killed the children because they were getting in the way of his relationship with Claire and the new baby, and also to collect on the insurance money – although it was fairly minimal. The jury found him guilty but declined to assess the death penalty.

The evidence against Ed was mostly circumstantial. The State focused on the insurance, as well as his behavior after the murder. They also focused on the relationship between Claire and Ed, which they portrayed as strained. That wasn’t all though. The State Fire Marshall’s office had been brought in, and they concluded that the fire had been intentionally set. That opinion was based on the belief that gasoline had been poured in several different parts of the shed, and the door had been locked so the boys couldn’t get out.

Following the execution of Cameron Todd Willingham, the field of arson investigation had come under scrutiny. Like many other disciplines, individuals claiming to be arson experts were passing off subjective conclusions as science. They also relied on several assumptions, which were not supported by science. In fact, much of what they would testify to was contrary to established scientific principles. Once fire scientists started looking at these cases, they discovered that a lot of defendants had been convicted with false evidence.

As a result of my involvement in the Cameron Todd Willingham, the investigator who had worked on Ed’s case reached out to me. After looking into it, it didn’t take long to recognize that the testimony used to convict him was bad. We filed an application for habeas corpus, and even the State agreed that he should be granted a new trial. The Court of Criminal Appeals agreed, and the conviction was reversed.

Everyone thought that was the end of the matter. Without scientific testimony, you can’t be convicted of arson. However, the pressure was soon exerted to try him again. This time they had to do it without scientific evidence – which may be a first for an arson case. Instead, the State relied entirely on evidence of the relationship, as well as insurance.

Evidence was presented, and the jury went to deliberate. After they had been out a while, both sides started discussing a plea agreement. Ed ultimately agreed to accept 60 years on the lesser offense of murder, which meant he would be immediately released on parole. The deal was made, and the plea entered shortly before the jury reached a verdict.

Although the State tried to prevent it, Ed was released on parole six days later, and is currently doing well.

For more information on this case, and arson investigation, see the following:

A New Understanding of Arson spurs a retrial - NPR