How effective are "No Refusal" weekends?

“No refusal” weekends have become more and more popular. When they first started, they were generally limited to major holidays, such as New Year's and Labor Day. Now they are put in place more often, and in some counties in Texas, every weekend is “no refusal” weekend.

In case you don’t know, these are weekends when the police ensure judges are available to sign warrants to get a blood sample in case someone who is arrested for driving while intoxicated refuses a breath test. Once they refuse, the officer prepares an affidavit and requests a search warrant, which is then presented to a judge – usually by fax. If the judge believes a search warrant should be issued – which is almost always – they will sign the search warrant, and the person will be forced to give a blood sample.

No refusal weekends are probably effective in terms of prosecution since the State will always have a test result to rely on. There’s a serious question about how effective they are in terms of making the streets safer, though. 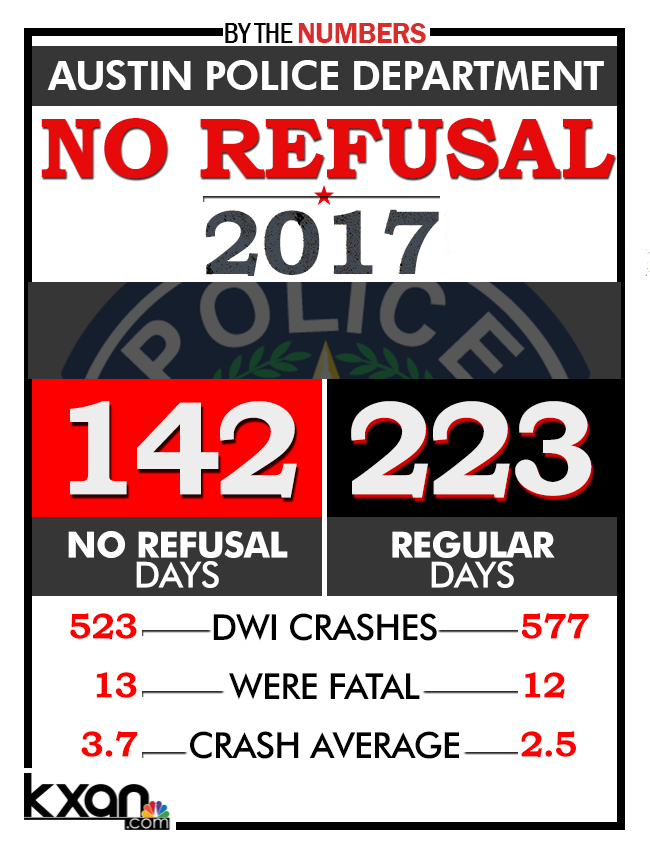 What those numbers mean is certainly subject to debate. Given the large amount of grant money ($1.5 million just for Austin, Texas) that is being provided to support this initiative, the study calls into question whether that money is being well spent. If the aim is to make the streets safer, it doesn’t appear as if it’s accomplishing that result.